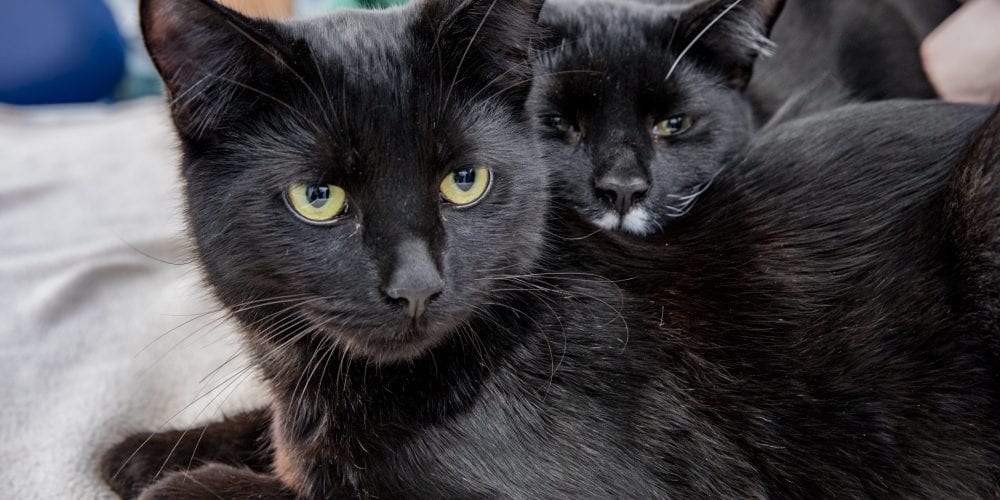 VETS have saved the life of a young cat who was left badly burned after it ended up getting covered in laundry disinfectant.

Hamish was found foaming at the mouth by his owners Pete and Caroline Valentine, who assumed that his playmate, Mittens must have knocked the sealed bottle off the kitchen worktop causing it to burst all over him.

Hamish then tried to lick the substance off, used as a disinfectant to kill bacteria in laundry, causing nasty chemical burns to his skin and down his throat.

He spent over a week having intensive nursing care and thanks to the team at Charter Vets in Congleton, the friendly feline has made a full recovery, despite initial fears that he wasn’t going to make it.

Now Charter vet Jenny Slight has joined forces with his owners from Stoke on Trent to warn others about the dangers of leaving cleaning products out, not just to protect your children, but also your pets too.

Father-of-one, Pete, who has travelled the world as a George Michael tribute act, said: “I had been performing a gig in Oxford one night and Caroline and I were driving back late.

“We’d left food and water out for the cats, but when we got home, Hamish was in a real state.

“He was on the sofa with his tongue hanging out and he was foaming at the mouth.

“Caroline had been shopping earlier that day and left an unopened bottle of laundry cleanser out on the side.

“We can only assume that Mittens, our other cat, climbed up onto the worktop and knocked the bottle off the side causing it to explode onto the floor all over Hamish.”

The 50-year-old added: “We rushed him to a vet, he was in a terrible way, we were really worried. 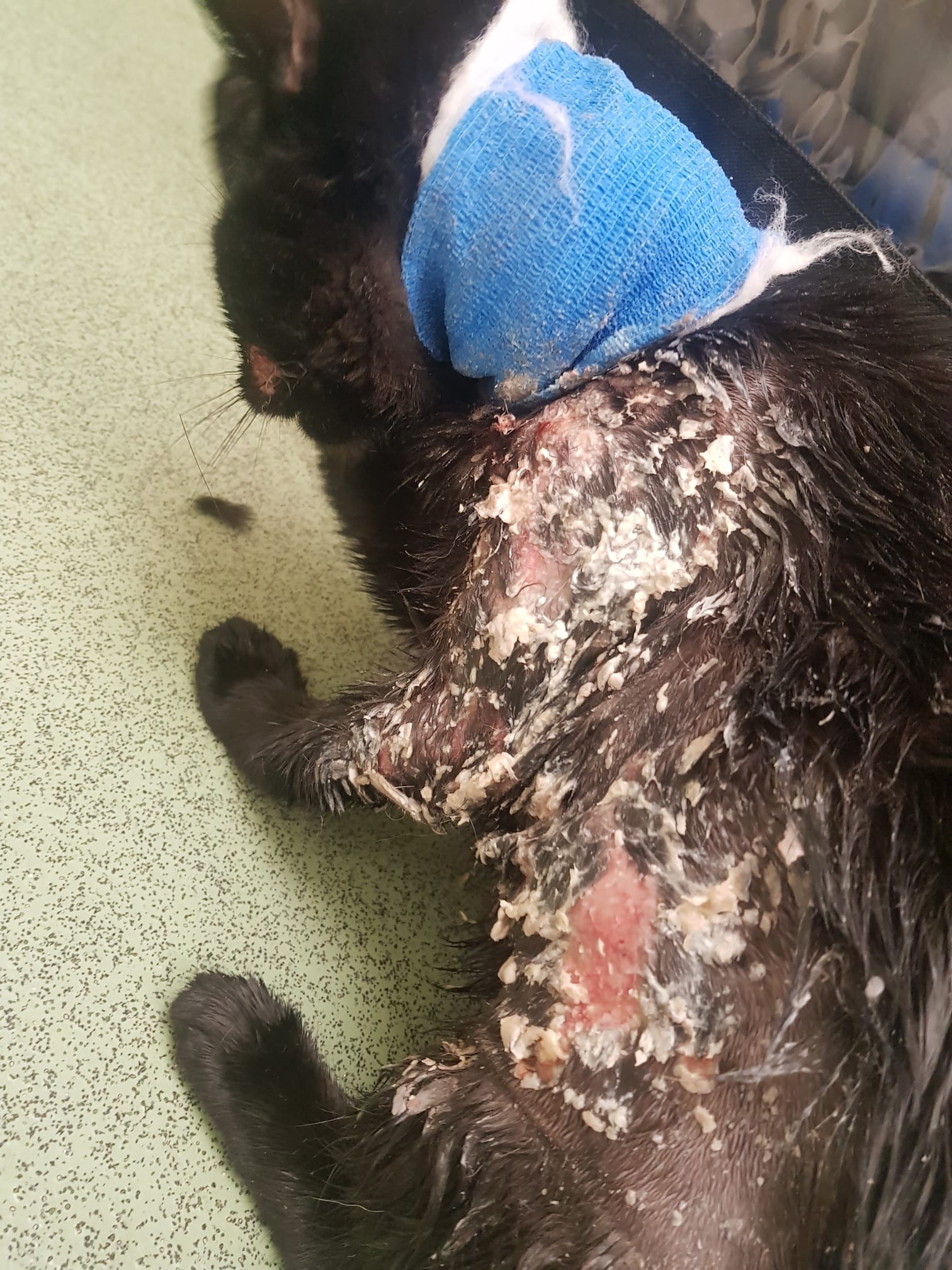 “He’d burned his tongue and insides as he’d tried to clean the liquid off himself, and his side was all burnt too, it was heart breaking seeing him like that.”

Hamish was transferred to Charter Vets where he spent a week having round the clock care.

A feeding tube was inserted into his stomach and he was connected to a drip. He also needed regular dressing changes to the chemical burns to his side.

Vet Jenny Slight and the team treated Hamish at Charter, which is part of Willows Veterinary Group.

Willows Veterinary Group offers a wealth of knowledge and expertise through a network of 25 small animal practices, a referral veterinary hospital, two equine centres and a seven-office farm practice, located across Cheshire and into Greater Manchester, North Wales, the Wirral and Staffordshire.

Willows is accredited by The Royal College of Veterinary Surgeons.

She said: “Hamish was in a bad state when he came in and we were not sure whether he was going to make it.

“He had sores and ulcers in his mouth and throat and we didn’t know how extensive his internal wounds would be.

“We put a feeding tube into his stomach and gave him fluids through a drip until he was well enough to start eating on his own.

“He’d also suffered chemical wounds to his side, which needed cleaning and dressing several times every day.

“Hamish has made an amazing recovery. It is good to see him looking so well, especially after seeing him so poorly, you’d never know anything had happened to him now.

“His fur has grown back and his skin and mouth have healed well and are now back to normal.

“His owners Pete and Caroline came to see him every day and it was lovely to see how he responded to them.”

Jenny added: “I’d urge pet owners to be vigilant, you might not realise how dangerous cleaning products can be.

“It’s best to keep everything tucked away out of reach of children and pets, especially cats and kittens who can be very playful.

“I’d always urge anyone whose pet ever comes into contact with similar products to wash their fur with copious amounts of water immediately to minimise burning and take them to a vet.”

Pete, whose work has taken him all over the world, added: “We were absolutely beside ourselves with worry about Hamish. The staff at Charter were absolutely fantastic. We can’t thank them enough.”

“You just don’t think anything like this can happen, it’s the last thing you expect but we are so much more vigilant now.

“We had no idea things you use to clean your clothes can be so harmful and would strongly urge people to keep them out of reach of pets, not just children.

“We’ve bought a rack for inside the cupboard now so nothing like this can ever happen again.

“As for Hamish, you wouldn’t know anything had happened, he’s recovered amazingly well and he’s back to his usual friendly self, always wanting fussing.”

To contact Charter Vets in Congleton go to www.chartervets-congleton.co.uk or call 01260 273449